I grow the perennial nettle Urtica dioica. I have one plant sprawling behind one of my Taro groups under a small plum tree and another plant down the side of the house. Both are in shade most of the time. With the heat of summer long gone and with good rain in April, these nettle plants have come alive. Several years ago one of my students told me that annual nettle Urtica urens really was as good as spinach. This species was growing abundantly in the student veggie plots at Burnley's field station and so I took some home for a trial. I was blown away by its texture and flavour - it was as good as or better than spinach.

There are two obvious points to consider when using nettle species. One is that you wear gloves when harvesting, preferably gloves that cover most of your wrist as well as your hand, and second, that you must steam or boil the leaves to eradicate the stings (the fine hairs on the leaves). If you do these two things then nettles are worth growing and are absolutely delicious. The photos below show the big perennial nettle plant under the elephant ear of the Taro, harvesting with gloves, preparation and then the final cooked product (alongside choko, sweet potato, and literally the last fresh beans and zucchini from the garden for the 2013-14 growing season). 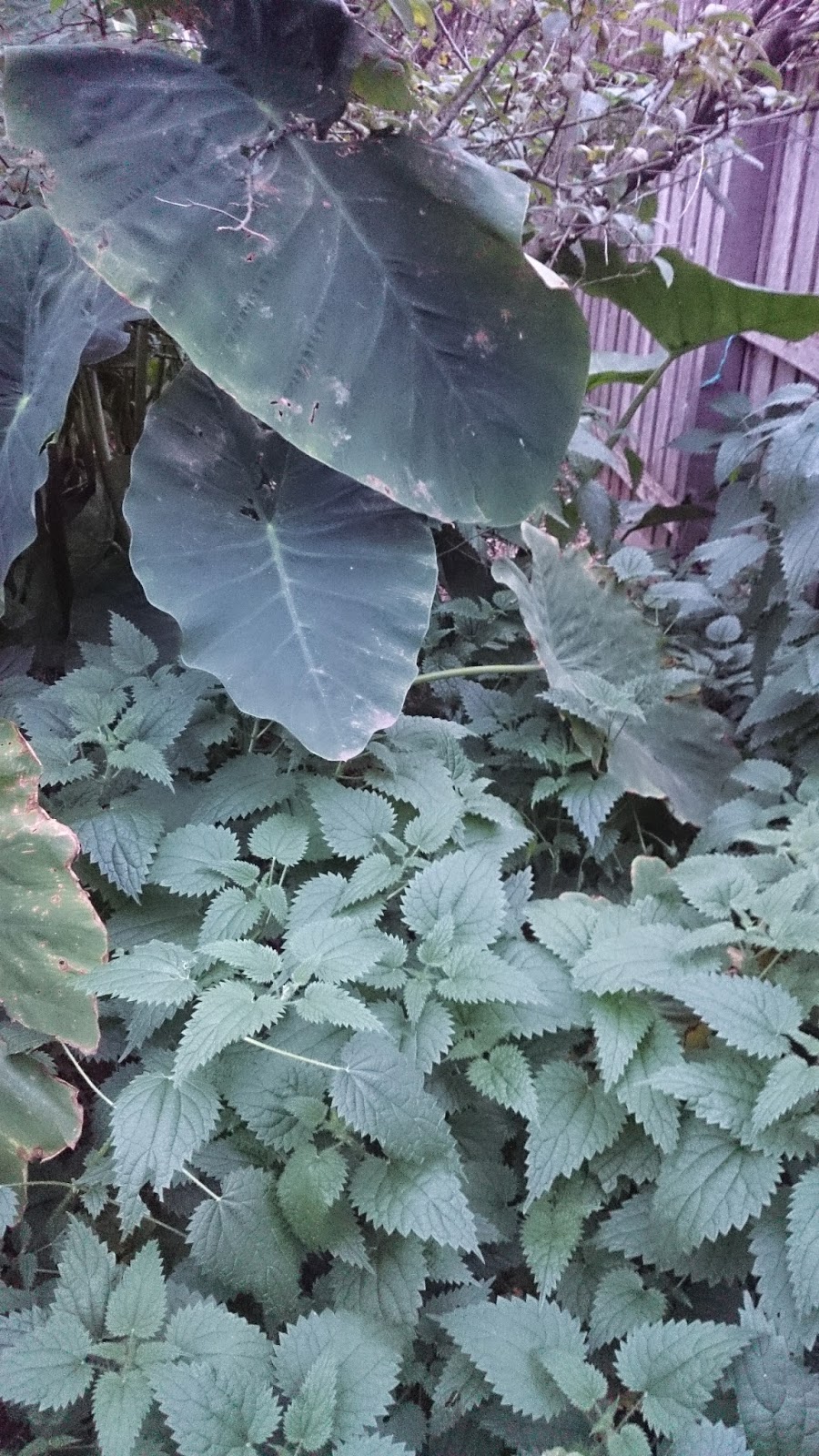 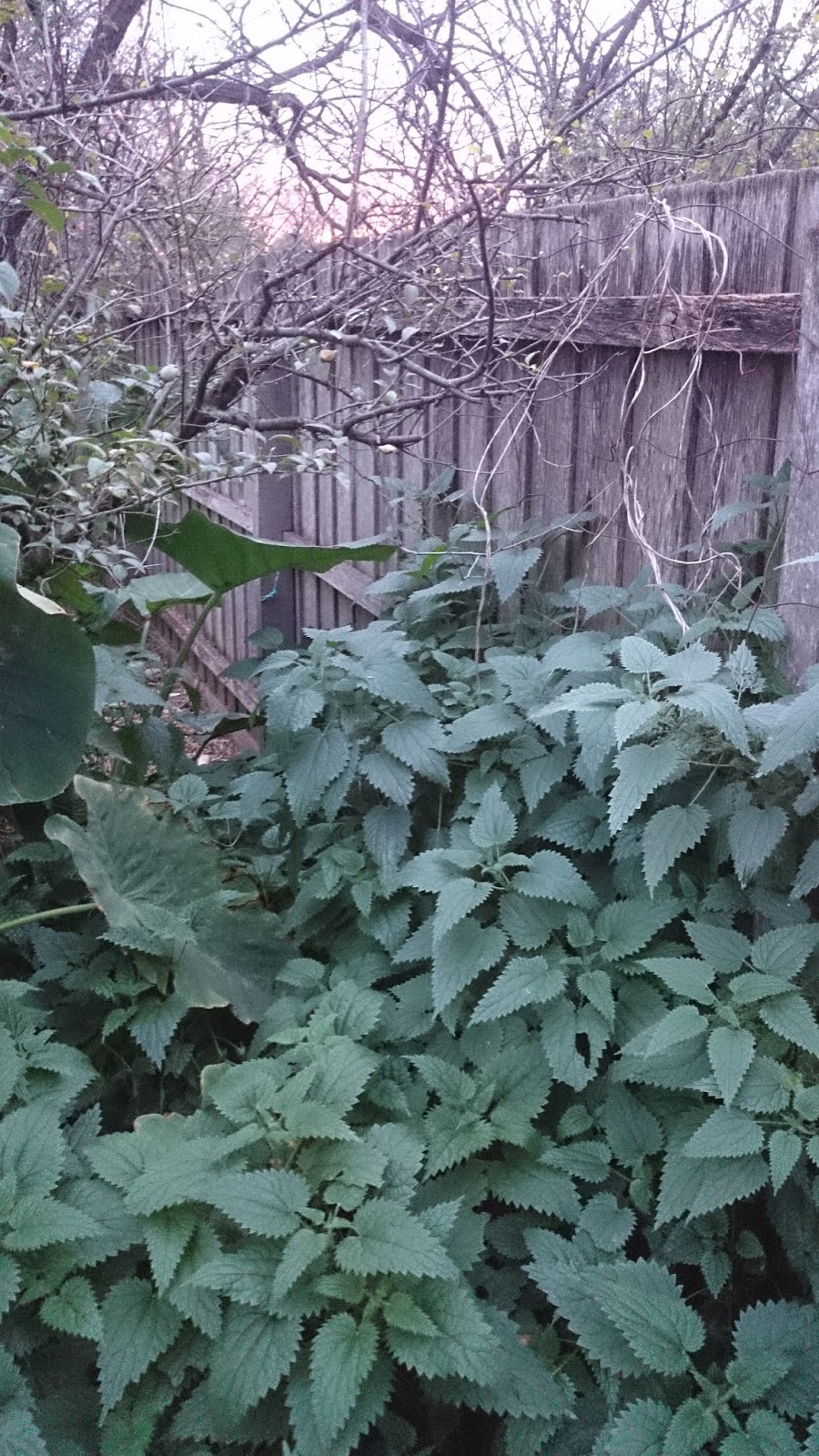 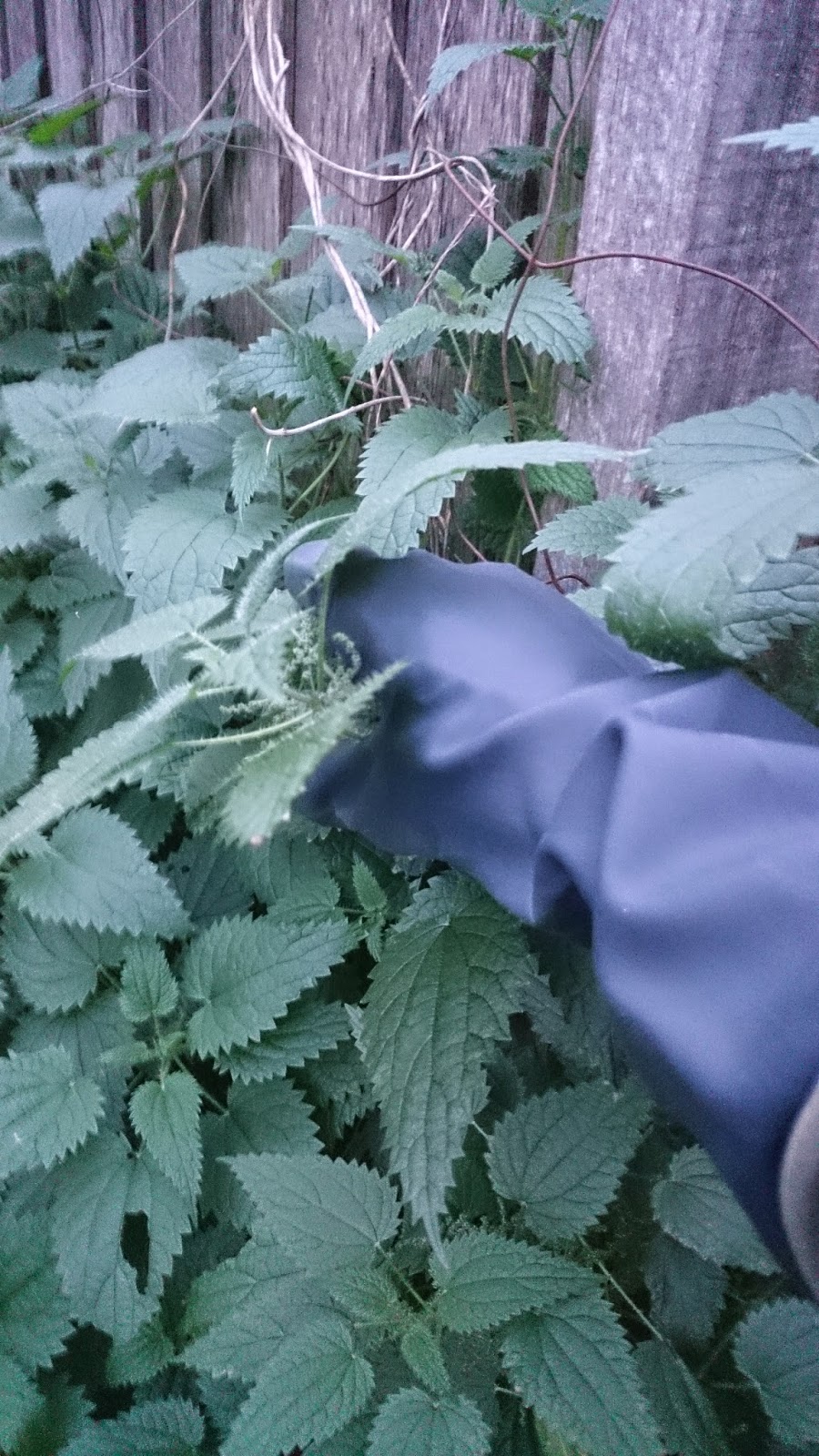 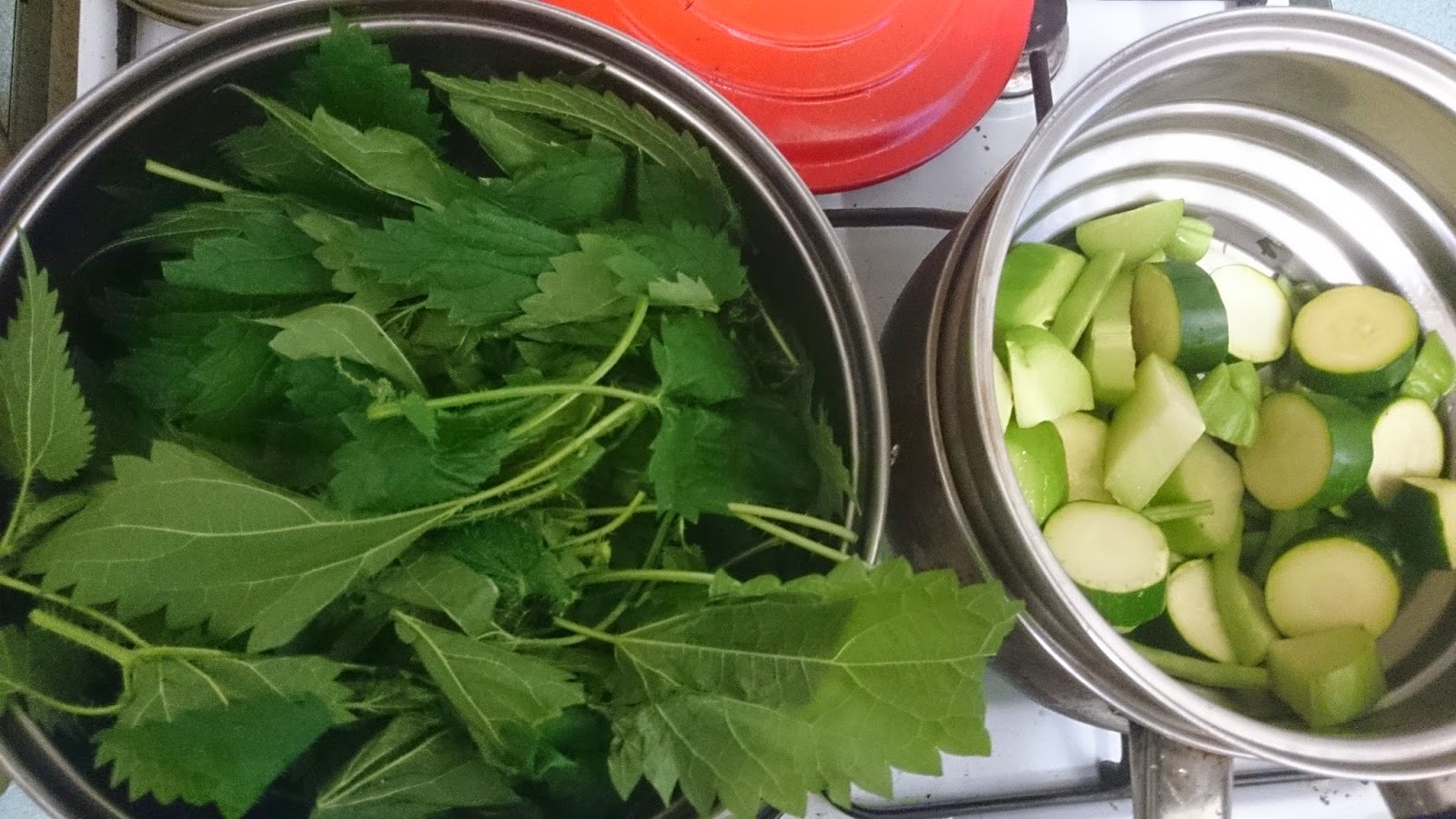 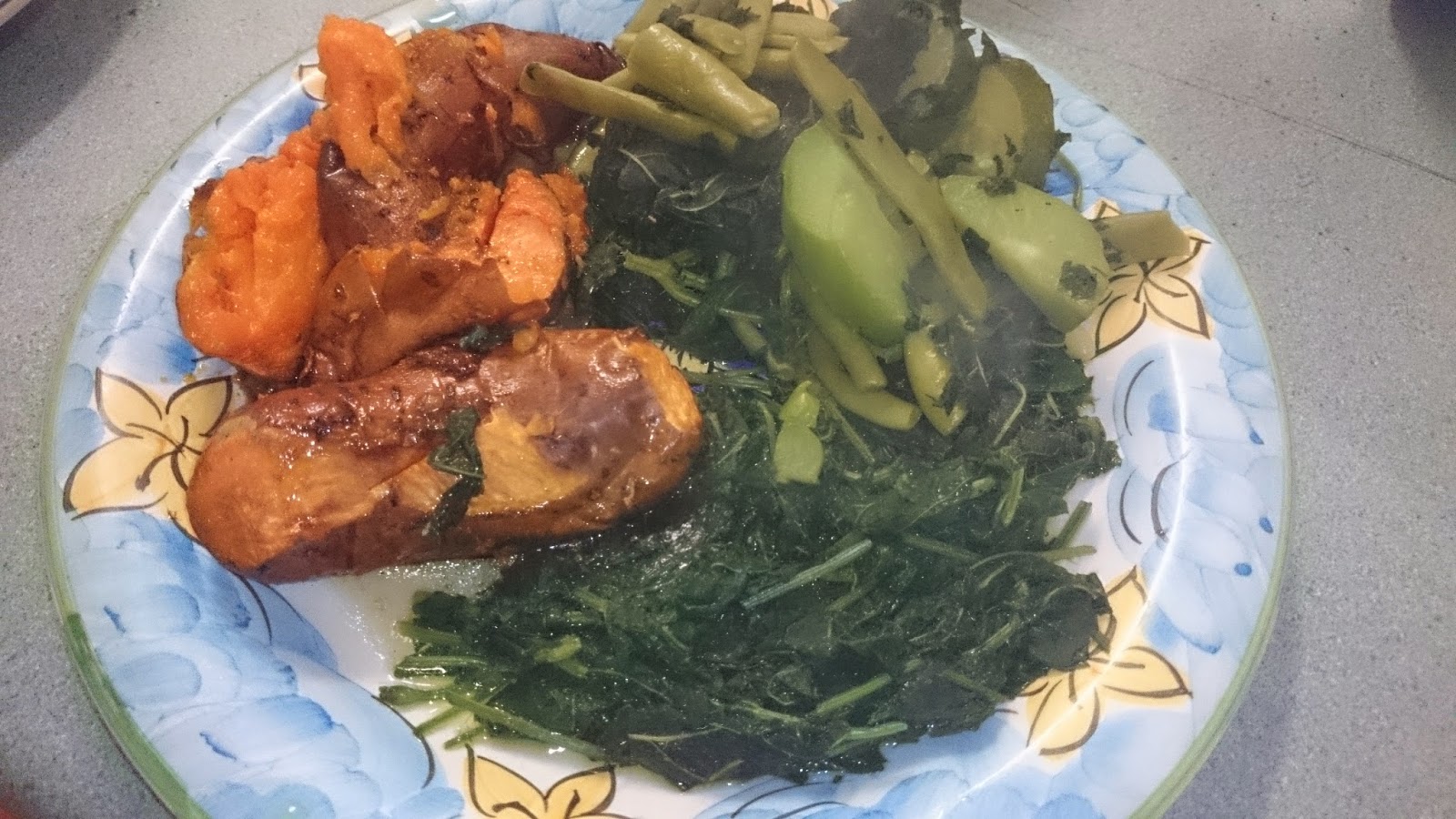 Posted by People Plants Landscapes at 3:27 AM