Loquats (Eriobotrya japonica) are an unappreciated fruit. At the moment they're ripening all over Melbourne. They are widely planted by the Italian and Greek communities across the suburbs but most specimens you see are self-sown. For this reason they are frequently placed on environmental weed lists. Perhaps they're genuinely invasive further north or in some habitats. Whatever the case their "feralness" reflects their indestructibility. If minimising or eliminating inputs (such as water, fertilizer, labour etc) is a hallmark of sustainable food growing then Loquats are some kind of benchmark. The trees in my backyard face blazing western sun in summer, are competing with a 10 metre high Callistemon and an equally tough Casuarina, get periodically attacked by possums, are not irrigated and yet in most years produce an abundant crop of delicious, sweet fruit. 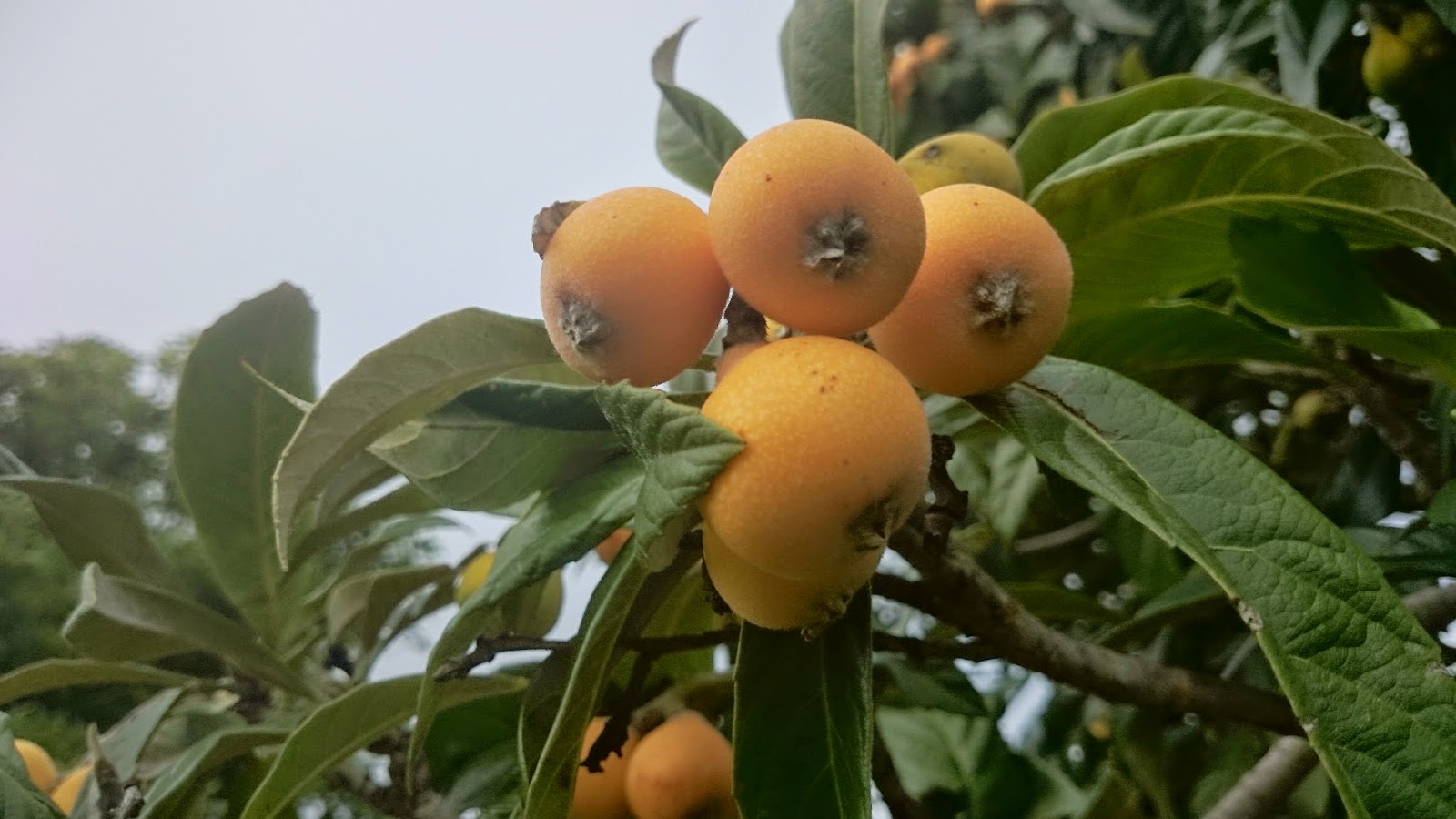 The main complaint about Loquats is that they have large seeds, which is true, but equally the flesh comes off the seeds very easily and doesn't stick to them like plums do with their single seed. Their other outstanding feature is that they are the first fruits of spring to ripen, as early as late September but mostly from the first week or two of October and then into November. My specimens for example are just ripening now but plenty of trees are fully ripe now. This tells us something else about Loquats - they vary quite considerably. Fruit colour ranges from pale yellow through to apricot orange, as does fruit size and flavour. I have found a self-sown tree by a railtrack with large, golf-ball sized fruit with a juicy almost pineappley flavour. I hope to graft this one onto some self-sown root stock this year. There are named varieties too and I have planted one at Burnley called Bessell Brown which I sourced from Daleys Nursery in northern NSW.

Loquats are also quite a striking shrub or small tree with large, evergreen leaves and clusters of off-white flowers in late autumn and early winter. Finally, you can't buy them at the supermarket in Australia so here's a fruit tree which you have plant for yourself or forage for every spring! 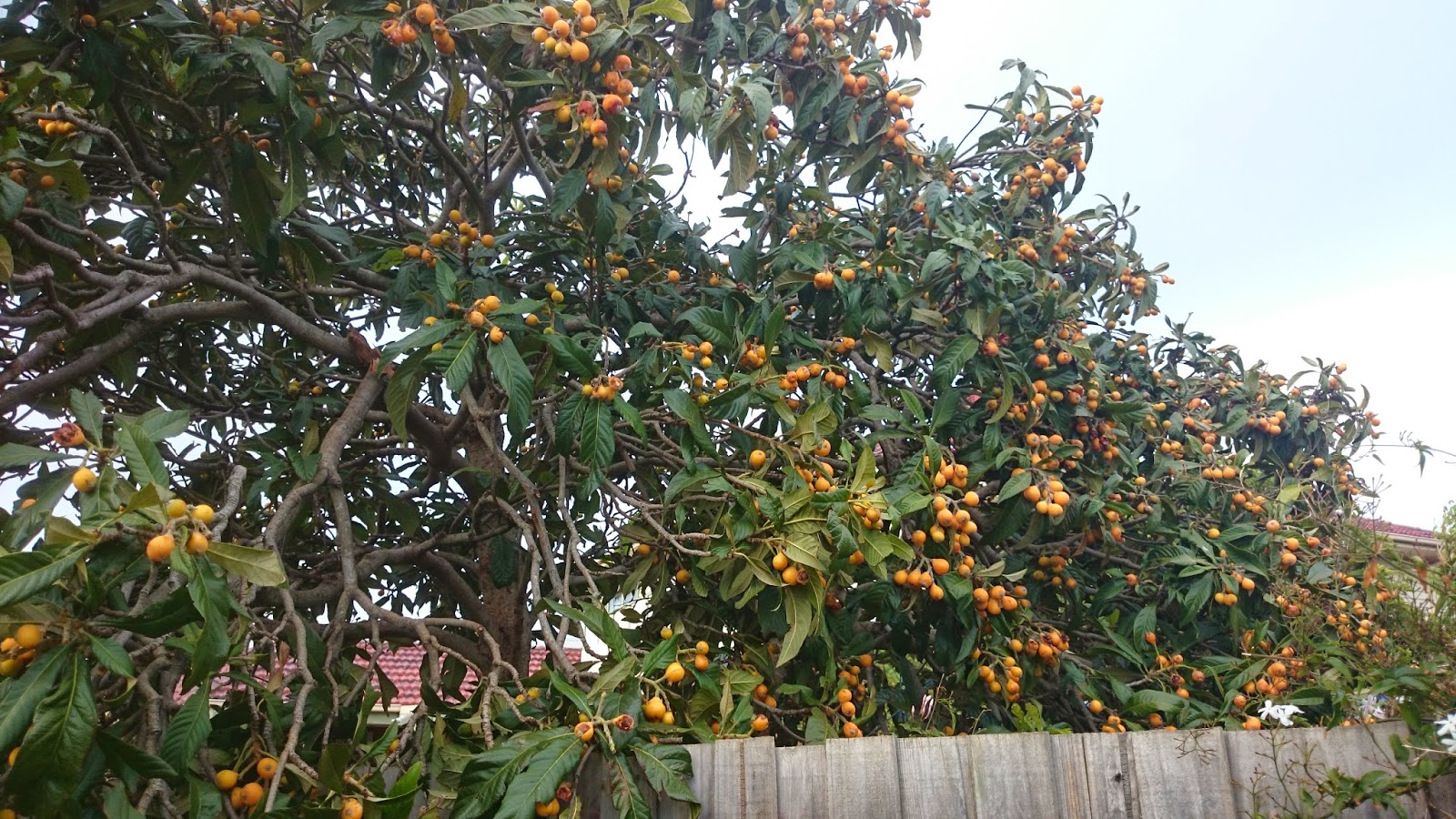 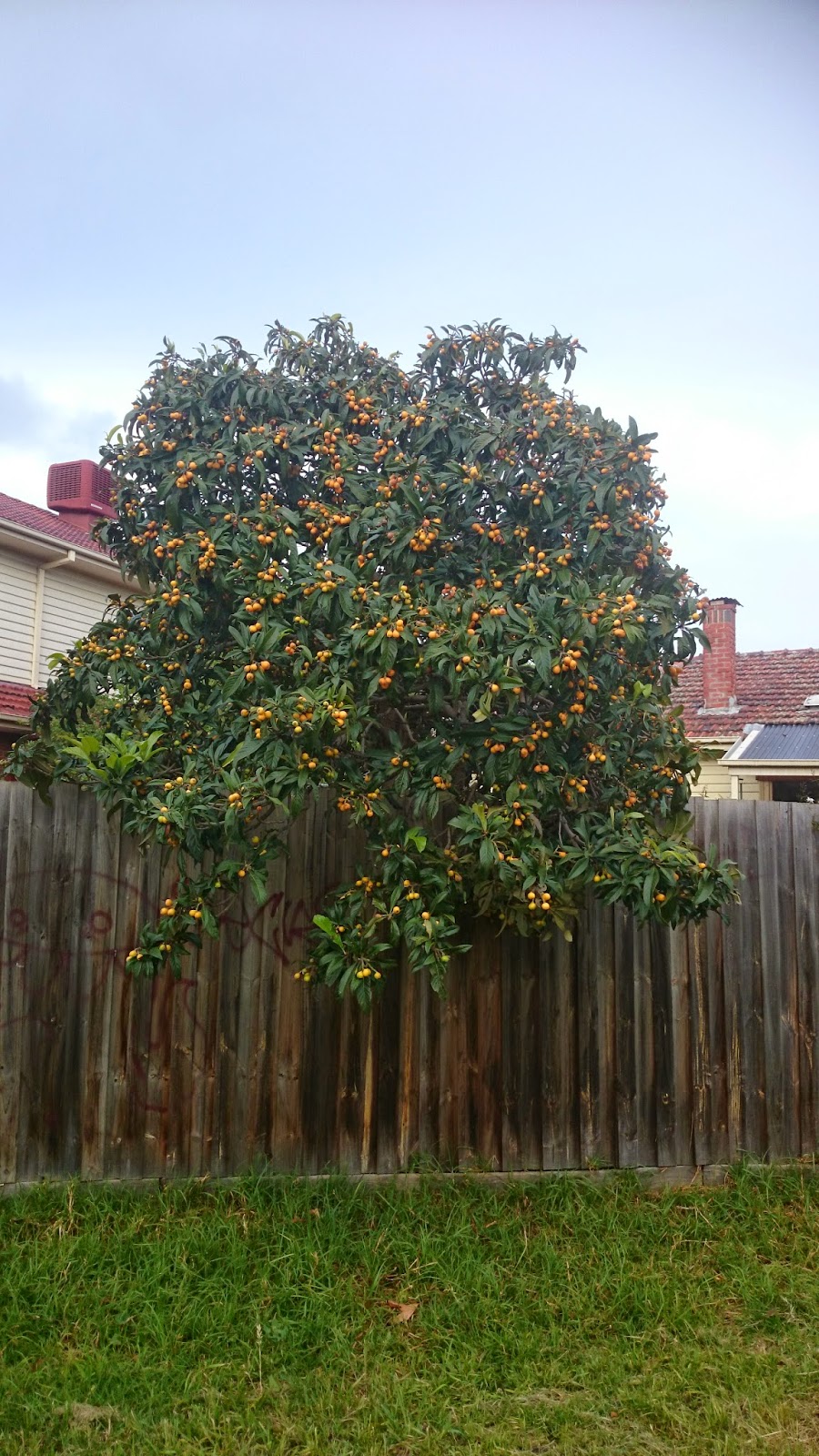